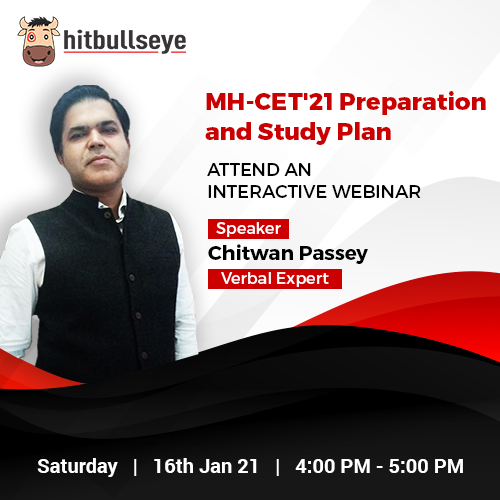 Get an in- depth and detailed analysis of MH- CET MBA by our industry experts
Rate Us
Views:4509

MH-CET for MBA/MMS Institutes in Maharashtra has again come in the limelight this year, not just for its increased competition but also for the surprises in the test. The test having 95000 aspirants this year saw an increase of about 20,000 applications compared to CET-2016. IBPS, the body designing Test for DTE, maintained the Test toughness up even this year with the sectional bifurcation same as the previous year.

The test was performed on 4th and 5th March, with 2 slots a day.

The Test Pattern and an exhaustive analysis of different sections is given below :

The main highlights of the test are:

The sectional analysis of MH- CET MBA is as follows:

As expected the data arrangement was the major part in this section. Two sets were data intense and needed some time to arrange it. In fact one of the data arrangement set was also asked in the IBPS final (Bank Entrance). The other Non-verbal sets were made lengthy by stretching the directions to reach the final options. For example: the simple Symbol operations were twisted, to form a question that asks the candidates to pick the conclusions that were definitely false, followed by the options that asked them to check different combinations of those statements to reach the final option. All in all, getting above 50 corrects in 60 mins was not easy.

The passages were moderate and sufficiently big for 5 questions and had implied questions more than the stated questions.

The biggest surprise in this section was in the sentence correction part. CET did not have those "Spot the error" in the form of 'Part error,' but a 5-6 lines paragraph that had three places in the paragraph where the underlined parts were to be corrected, with different combinations of the three parts given below the passage and then followed by different combinations of those statements to pick the right option. That was indeed painful for 1 mark.

The Cloze passage with 5 questions did not have simple prepositions and easy verbs, but had some phrases/compound words in the form of options. A well prepared student should expect 20-25 in 30 mins.

This section had a favorable surprise. Most of the questions were easy, unlike the previous year questions where more than two logical sequences were inserted in one question. The faster method that we practice in Bulls Eye was overwhelmingly used in it. It was possible to manage 25 questions in 10 mins.

Suggested Action:
Boost your MHCET preparation with Teachers who have mentored 100 %ilers for over 2 decades Enroll now for FREE Master Classes!
Must Read MH-CET Articles
Rate Us
Views:4509

The A to Z of MH-CET entrance exam

The MH-CET Registration process for 2021

Must have MH-CET preparation books for 2021

Strategy to crack the Quant Section of MBA MH-CET

Enhance Your Score in the DI and DS Sections

How to Score Well in the Visual Reasoning Section