Learn the tricks to solve questions based on some special series and familiarize yourself with AGP series.
Rate Us
Views:129882

A series in which each term is formed by multiplying the corresponding terms of an A.P. and G.P. is called Arithmetico Geometric series. It is more popularly known as an A.G.P.
The general or standard form of such a series is a, (a +d) r, (a +2 d) r2 and so on.

In some series, the differences of successive terms (Tn and Tn-1) is helpful in calculating the sum of the series. This method can be applied when the differences between the two consecutive terms is in A.P. Let us see how we can apply this method to questions.

,
Substituting the values, we get R =

Example 3: Find the sum of the following series:

Solution: There are 2007 terms in the given sequence and we want to evaluate S2007. Here, we will apply a shortcut called interpolation.
S1 = T1 = 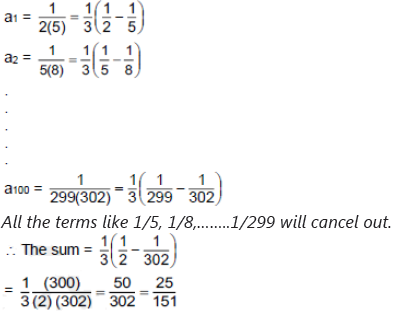 Permutation and Combination and Probability for CAT