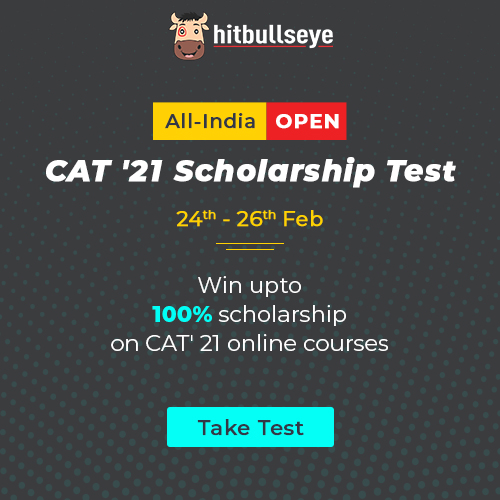 Learn the correct approach to handle the summary-writing questions in CAT.
Rate Us
Views:9317

CAT often features unusual question types in the Verbal section. One of these is summary writing questions. As the name suggests, summary-writing involves writing a summary of the given text. Summary-writing is a topic that requires reasoning skills along with the ability to comprehend the text well. Basically, whatever may be the nature of the text provided to you, you are supposed to encapsulate it in a clear and succinct manner. Generally, the stimulus of the question consists of one paragraph and the answer options are one-line statements, referring to the paragraph. Following are some of the essential tips to keep in mind while handling summary-writing questions in CAT:

Given below are some of the summary-writing questions that featured in previous year CAT exams:

Directions for the questions: Identify the most appropriate summary for the paragraph.
Question 1: To me, a "classic" means precisely the opposite of what my predecessors understood: a work is classical by reason of its resistance to contemporaneity and supposed universality, by reason of its capacity to indicate human particularity and difference in that past epoch. The classic is not what tells me about shared humanity—or, more truthfully put, what lets me recognize myself as already present in the past, what nourishes in me the illusion that everything has been like me and has existed only to prepare the way for me. Instead, the classic is what gives access to radically different forms of human consciousness for any given generation of readers, and thereby expands for them the range of possibilities of what it means to be a human being.

Question 2: A translator of literary works needs a secure hold upon the two languages involved, supported by a good measure of familiarity with the two cultures. For an Indian translating works in an Indian language into English, finding satisfactory equivalents in a generalized western culture of practices and symbols in the original would be less difficult than gaining fluent control of contemporary English. When a westerner works on texts in Indian languages the interpretation of cultural elements will be the major challenge, rather than control over the grammar and essential vocabulary of the language concerned. It is much easier to remedy lapses in language in a text translated into English, than flaws of content. Since it is easier for an Indian to learn the English language than it is for a Briton or American to comprehend Indian culture, translations of Indian texts is better left to Indians.

A) While translating, the Indian and the westerner face the same challenges but they have different skill profiles and the former has the advantage.
B) As preserving cultural meanings is the essence of literary translation Indians' knowledge of the local culture outweighs the initial disadvantage of lower fluency in English.
C) Indian translators should translate Indian texts into English as their work is less likely to pose cultural problems which are harder to address than the quality of language.
D) Westerners might be good at gaining reasonable fluency in new languages, but as understanding the culture reflected in literature is crucial, Indians remain better placed.

Answer: (C)
Explanation: The paragraph essentially reveals that an Indian translating works in an Indian language to English would find cultural equivalents in the western world easily, whereas a Westerner would find it very difficult to interpret cultural elements into English. Hence, it is better if an Indian translates Indian texts into English, as lapses in language are easily addressed, whereas flaws of content are a strict no-no! (4) does not mention translation at all and is thus found wanting. (3) does not explicitly recommend that Indians do the said translation either, hence it is also found wanting. (1) also does not sufficiently press that Indians translate Indian texts. (3) comprehensively reframes the paragraph.

'A to Z' of CAT Verbal Ability section

How to identify incorrect answer choices in Reading comprehension

The Art Of Acing CAT RC

How to improve Reading Comprehension for CAT 2021

All the 'HOWs and WHATs' of CAT Reading Comprehension